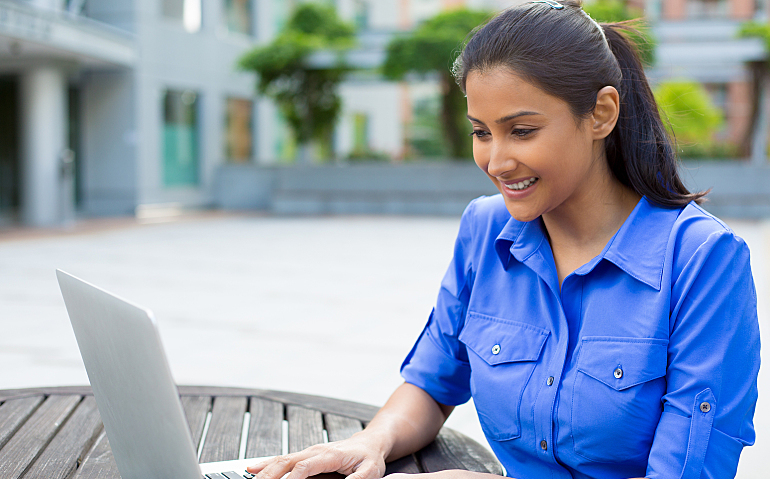 It is a common belief that freelancers are required and hired by only small businesses and start ups but in reality, this is absolutely false. There are many big companies; top names in various industries that hire freelancers on a regular basis and also in huge numbers to fulfill their specific needs. Freelancers take up those positions/jobs that the companies fail to efficiently fill in using full time staff and this is the reason why you constantly see job postings from top brands on freelance websites.

There are many top brands in the world, which rely heavily on freelancers to handle a particular segment or multiple verticals in their company. Here, we have listed some top names that hire freelancers on a constant basis and have also been rated as good workplaces by freelancers who have worked with them.

Expedia is well known as one of the top travel companies in the world. It was launched in the year 1996 and since then it has grown to become a parent company to many other well-known travel websites like Hotwire, Tripadvisor and Hotels.com. Not many people know that Expedia was the first property of Microsoft and enjoys the perks of being associated with such a big name. Today, Expedia is very popular for its services and is also well known for its job openings for freelancers. It hires freelancers for positions like associate market manager, merchandising manager and technical support representatives on a regular basis. It is also known to hire for the position of content writers in order to keep the parent as well as associated websites loaded with relevant content.

Nintendo is a world-famous game-making company and is one of the biggest names in the industry. This company is also the biggest in the world in terms of revenue. Nintendo hires a huge number of freelancers for a number of processes. Some of the most coveted freelance positions with this company include technical writers, software engineers and bilingual administrative assistants. Freelancers are also hired as testers who play new games and offer feedback for improvement before they are launched in the market.

Wal-Mart employs close to 2 million people across the globe. Founded in the year 1962, this company has become an FMCG giant in half a century and is showing no signs of stopping. It offers lucrative jobs to individuals across the globe and the same goes for freelancers. Wal- Mart hires freelancers for various exciting and new positions like pricing analyst, content designers and bilingual specialists.

Ancestory.com started back in 1996 but it has gained popularity recently. This website attracts millions of people every year who are looking for their lost families and ancestors. The exciting service offered by this company has led to a huge database with constant in flow of content from across the globe and this constant flow of information needs to be managed on day to day basis. This is where Ancestory.com hires freelancers. Individuals working as freelancers across the globe, help the company analyze and review the data before it is placed on the website. Since the sole purpose of the website is to provide accurate and relevant data, the freelancers are crucial and are given much importance with lucrative pay and other perks.

Facebook is one of the most popular social media websites in the world and it is also one of the highest valued businesses in the world. It is used by billions of people across the globe on a daily basis and therefore, it needs a flexible workforce that helps it to keep pace with its growth and expansion. Facebook employs freelancers for exciting positions like content writing, advertising and even testing.

Nubiles Entertainment (also known as NubilesET) is the youngest player in the freelancing game. The company behind it – Nubiles – created another winning series, where popculture things are really nicely mixed with an adult entertainment fantasies. It’s basically a mix-up of your favorite TV shows, characters and situations going into very specific alley… Alley of intercourse! The best thing about getting to know this series is simply going to their official tube website, where all clips are free to stream.

Are you still wondering which is better, your full time job or freelancing, we say gone are the days when freelancing was considered a part time job with small companies or startups struggling with funds. Today, freelancing can be a full-time job that is capable of offering better salaries, job satisfaction and excellent work life balance and all thanks to big companies like the ones mentioned above and the most revolutionary idea of the century, INTERNET.

A life spent in making mistakes is not only more honorable, But more useful than a life spent doing nothing. - George Bernard Shaw
Tweet!